What Is Enlightenment, Actually? 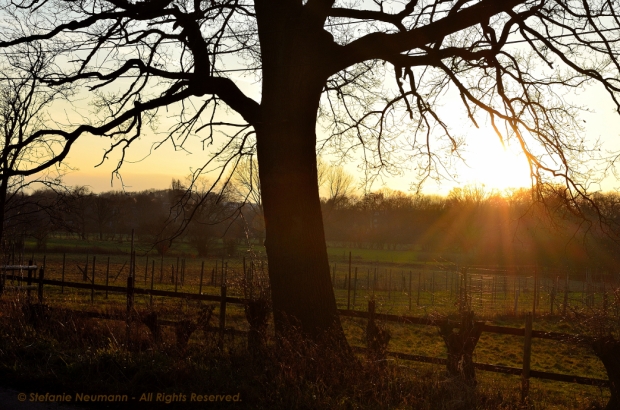 In time for the Strong Sun Moon which we just danced through I recently had a talk about the topic of enlightenment. This is also in keeping with the unusually strong sun power which accompanied us during the last two months.

What actually is that: Enlightenment?

A blissful state of cheerful serenity, I once thought. – And it seems enlightenment can indeed feel like that.

If someone is enlightened they have no problems, anymore, I once thought. – The ironic aspect within us might ask: So, you are saying when you are enlightened you are dead? … On the other hand, who says that one has no problems with life after death?!?

Is enlightenment a permanent state? Or is it rather a motion, something that comes again and again, that develops and expands?

What, if enlightenment merely is a door into a new understanding?

Now, will all problems dissolve because of that? Or do we just feel like they do in the beginning, when we first reach this new level? Maybe like when someone gets to know a new city or country and falls in love with it?

Enlightenment brings light. It enlightens the dark spaces of our beingness, the hidden aspects. It lets us notice – and makes us aware of – what we did not see up to now.

The lucky ones will immediately like to see what comes to light. Yet, it often seems to be the case that I rather hide in the dark that which I do not wish to see, which scares me or causes me pain. Can enlightenment feel unpleasant, too, then?

In any case, enlightenment brings along a chance for shift. Light allows sight. Insight brings consciousness and understanding and through that holds the possibility to change something if one chooses to. It throws a light onto unfelt pain and repressed feelings. I can take a look at them and choose to feel them, now, in a dosage that I can endure. That brings about shift, as well. Through my feeling the pain, it transforms. Through my acknowledging my weaknesses, they transform into strength.

So, the enlightened person does not inevitably feel cheerful and serene in the moment of enlightenment but only sometimes? Is it maybe a question of trust? When I trust that all is well like it is, when I go through the feelings without fear, then it is easy. Something that is easy is light, too. It feels light. It is light. Enlightened?

Maybe the pain and everything that hides in the darkness, at first, is like a seed that first sleeps in the dark until the sun allows it to grow and to thrive into a strong plant. Some say about plants, that they are in a permanent state of bliss. So, enlightenment can, at least, lead there?

If we as humanity are now standing on the threshold to a new consciousness, a new awareness, then these questions concern all of us.

Tomorrow the Ripe Berries Moon begins. Perhaps it will also be the Ripe Answers Moon.

Are you ready to shine a bright light of awareness on the path of beingness, today?

14 thoughts on “What Is Enlightenment, Actually?”

This site uses Akismet to reduce spam. Learn how your comment data is processed.